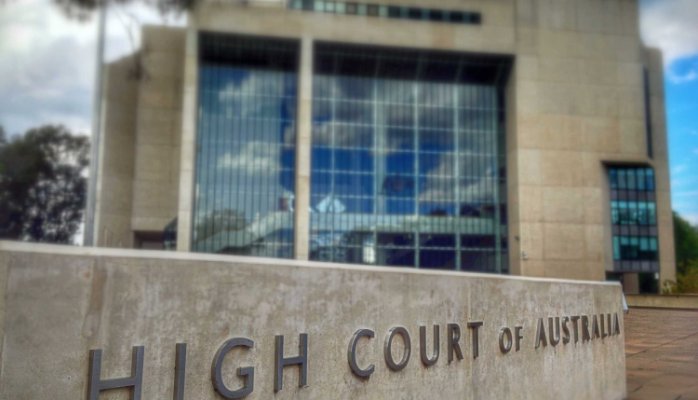 In Attwells & Anor v Jackson Lalic Lawyers Pty Ltd [2016], HCA 16 (4 May 2016), the High Court of Australia allowed an appeal from the New South Wales Court of Appeal, reaffirming the scope of advocate’s immunity in Australia which extends to work done both in and outside court.

A majority of the Court held however, that the immunity does not extend to the negligent provision of advice by a lawyer, which leads to the settlement of a case by agreement between the parties embodied in consent orders. Significantly, legal advice must contribute to a judicial determination of the issues for advocate’s immunity to be attracted.

The first appellant, Gregory Attwells, along with another person (Guarantors), guaranteed payment of the liabilities of a company to a bank. Proceedings were commenced in the Supreme Court of NSW by the bank against the Guarantors subsequent to the company’s default on its obligations to pay its debt of $3.4 million to the bank. The liability of the Guarantors under the guarantee however, was limited to $1.5 million. The guarantors retained the respondent, Jackson Lalic Lawyers Pty Ltd (Firm) to act for them in these proceedings.

Settlement of the proceedings was reached on the opening day of the trial, whereby judgment would be entered against the Guarantors and the company for almost $3.4 million, payment of which amount would not be enforced by the bank if the Guarantors paid to the bank the sum of $1.75 million by a specified date. These terms of settlement were reflected in a consent order, with the non-enforcement agreement being noted by the Court.

The Guarantors failed to meet their payment obligation under the terms of the settlement. They brought proceedings in the Supreme Court of NSW against the Firm, alleging that it had been negligent in advising them to consent to the terms of the consent orders and failing to advise them as to the effect of such orders. The Firm relied advocate’s immunity by way of complete defence to the claim.

An order was made that the question of whether the Firm was immune from suit by virtue of advocate’s immunity be determined separately from the other issues in the proceedings. The primary judge declined to answer the separate question because of a concern that, without further evidence in relation to the Firm’s alleged negligence, he could only form a view about the application of the advocate’s immunity on a hypothetical basis.

The Court of Appeal (Bathurst CJ, Meagher and Ward JJA) granted leave to appeal, and held that the primary judge erred in declining to answer the separate question. The Court of held that the Firm’s advice was within the immunity recognised in Giannarelli as “work done in court or work done out of court which leads to a decision affecting the conduct of the case in court.” Bathurst CJ, with whom Meagher and Ward JJA agreed, said:

“In the present case, in my opinion, the work fell within categories of work done out of court affecting the conduct of the case in court. The alleged breach occurred in advising on settlement of the guarantee proceedings …The advice … led to the case being settled. Put another way it was intimately connected with the conduct of the guarantee proceedings.”

The Court of Appeal concluded that the negligence proceedings would necessarily involve a re-agitation of the issues determined in the guarantee proceedings; and a reconsideration of those issues in order to determine whether the Firm had been negligent would offend the principle of finality.

The Guarantors were granted special leave to appeal to the High Court of Australia.

The first argument was unanimously rejected by the majority with French CJ, Kiefel, Bell, Gageler and Keane JJ finding that:

“[28] The decision whether to reconsider Giannarelli and D’Orta must be made in light of the ‘grave danger of a want of continuity in the interpretation of the law.’ The decision must be informed by ‘a strongly conservative cautionary principle, adopted in the interests of continuity and consistency in the law.’ To overturn Giannarelli and D’Orta would generate a legitimate sense of injustice in those who have not pursued claims or have compromised or lost cases by reference to the state of the law as settled by these authorities during the years when they have stood as authoritative statements of the law. An alteration of the law of this kind is best left to the legislature.”

“[36]…the common law of Australia, as expounded in D’Orta and Giannarelli, reflects the priority accorded by this Court to the values of certainty and finality in the administration of justice as it affects the public life of the community”.

In relation to the second of the contentions, the majority held that any legal advice given outside of Court must affect the conduct in, and resolution by the Court itself for advocate’s immunity to be attracted (at [46]):

Once it is appreciated that the basis of the immunity is the protection of the finality and certainty of judicial determinations, it can be more clearly understood that the “intimate connection” between the advocate’s work and “the conduct of the case in court” must be such that the work affects the way the case is to be conducted so as to affect its outcome by judicial decision. The notion of an “intimate connection” between the work the subject of the claim by the disappointed client and the conduct of the case does not encompass any plausible historical connection between the advocate’s work and the client’s loss; rather, it is concerned only with work by the advocate that bears upon the judge’s determination of the case.

The Court also dismissed an argument advanced by the Law Society of NSW that the lack of immunity might discourage lawyers from recommending settlement of cases in future, stating (at [52]) that the public policy which justifies advocate’s immunity is not concerned with the desirability of settlement, but rather the finality and certainty of judicial decisions.

Exercising powers of advancement under a Trust