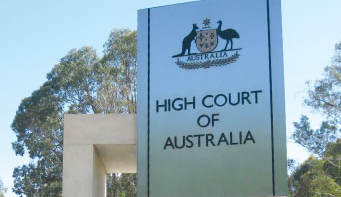 At issue was whether the liquidator of a company was entitled to join an insurer for the purpose of seeking a declaration that a professional indemnity policy responded to an insolvent trading claim against a former director (Mr Crewe) and a former shadow director (Crewe Sharp Pty Limited). Crewe Sharp had gone into liquidation and Mr Crewe had insufficient assets to satisfy any judgment against him. The resolution of this issue, in turn, depended upon whether there was a “justiciable controversy” as between the liquidator and the insurer.

The insurer contended that there was no justiciable controversy because as a “stranger” or non-party to the policy, the liquidators did not have a sufficient interest in determining the meaning and effect of a contract between other parties who were not themselves in dispute.

The Court found that the justiciable controversy arose from the interplay of s 562 of the Corporations Act 2001 (Cth) and s 117 of the Bankruptcy Act 1966 (Cth) which provisions have the effect of conferring upon the company in liquidation (and hence its liquidators) a right to receive from the liquidators of Crewe Sharp and from the trustee in bankruptcy of Mr Crewe (were Mr Crewe to be declared bankrupt) the proceeds of the policy payable to cover their liability to the liquidators. The plurality said:

Should indemnity policies be construed in favour of insurers if in doubt?