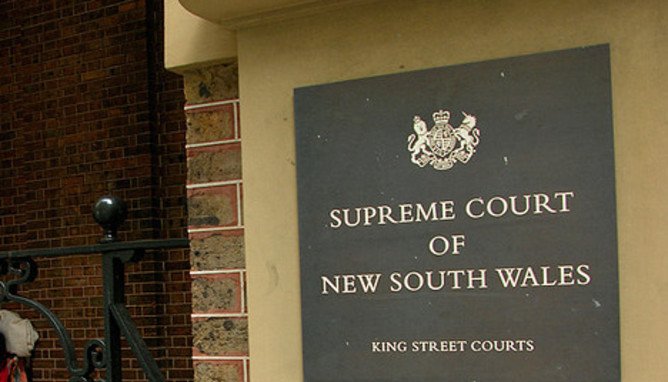 At issue in these proceedings determined by a five-member bench of the New South Wales Court of Appeal (Bathurst CJ, Beazley P, Gleeson JA, Barrett AJA and Beach AJA) was whether the primary judge erred in determining a liquidator’s remuneration under s. 473(3)(b)(ii) of the Corporations Act, 2001 (Cth) (Act).

The judgment the subject of the appeal was one of a series of decisions by Brereton J in which his Honour had found that in smaller liquidations, liquidators cannot expect to be rewarded for their time at the same hourly rate as would be justifiable when more property is available.[1]

Section 473(3) of the Act sets out the relevant provisions concerning the remuneration of liquidators. It provides as follows:

“473(3)      A liquidator is entitled to receive such remuneration by way of percentage or otherwise as is determined:

(i)   by resolution of the creditors; or

(ii)   if no such resolution is passed—by the Court.”

“473(10)   In exercising its powers under subsection (3), (5) or (6), the Court must have regard to whether the remuneration is reasonable, taking into account any or all of the following matters:

(a)   the extent to which the work performed by the liquidator was reasonably necessary;

(b)   the extent to which the work likely to be performed by the liquidator is likely to be reasonably necessary;

(c)   the period during which the work was, or is likely to be, performed by the liquidator;

(d)   the quality of the work performed, or likely to be performed, by the liquidator;

(e)   the complexity (or otherwise) of the work performed, or likely to be performed, by the liquidator;

(f)   the extent (if any) to which the liquidator was, or is likely to be, required to deal with extraordinary issues;

(g)   the extent (if any) to which the liquidator was, or is likely to be, required to accept a higher level of risk or responsibility than is usually the case;

(h)   the value and nature of any property dealt with, or likely to be dealt with, by the liquidator;

(i)   whether the liquidator was, or is likely to be, required to deal with:

(ii)   one or more receivers and managers;

(k)   if the remuneration is ascertained, in whole or in part, on a time basis:

(ii)   whether the total remuneration payable to the liquidator is capped;

(l)   any other relevant matters.”

Section 504 of the Act is the applicable remuneration provision for voluntary winding up generally and entitles any member or creditor or the liquidator at any time before deregistration of the company, to apply to a court to review the amount of the remuneration of the liquidator. Section 504(2) provides for the same matters to be taken into account as those referred to in s 473(10). Similar provisions are made in respect of the Court’s power to fix the remuneration of receivers and administrators (s 425(8) and s 449E(4)).

The company was wound-up on 3 September 2012 with its only significant asset being three adjacent real properties which the liquidator realised for $3.72 million.

In the application before the primary judge, the liquidator sought orders that he be justified in paying an amount in respect of legal costs to his solicitors. Approval was given to that payment. In addition, the liquidator sought determination of fees which had not been approved by resolution of the creditors. Those fees, totalling $63,577.80 was for additional work undertaken by the liquidator. The application was necessary as the creditors had been paid out and thus it was impossible to get approval for the fees sought from either a committee of inspection or by resolution of the creditors.

The primary judge approved additional remuneration on of $20,000. The liquidator contended that his Honour erred in the manner he arrived at that conclusion.

The primary judge, referring to s. 473(10) of the Act stated that remuneration may be by way of commission on assets realised or distributed or on a time basis. He found that liquidators would not necessarily be allowed remuneration at their firm’s standard hourly rates, particularly in smaller liquidations where questions of proportionality, value and risk loomed large and that liquidators cannot be expected to be rewarded for their time at the same hourly rate as would be justifiable if more property was available.

In that context the primary judge referred to his remarks in Re AAA Financial Intelligence Ltd (in liquidation) (No 2) ACN 093 616 445[2] to the effect that it was wrong to assess reasonable remuneration by reference only to time reasonably spent at standard rates which though a consideration, is only one of several and should not be regarded as the default position or dominant factor but was to be considered in the context of other factors including the risk assumed, the value generated and proportionality.

His Honour said that whilst not without its shortcomings, ad valorem remuneration is inherently proportionate and incentivises the creation of value rather than the disproportionate expenditure of time. Whilst his Honour accepted that the liquidator was justified in attending to the additional work in respect of which remuneration was sought, he found that $20,000 was in all the circumstances reasonable and proportionate.

The issues on appeal

The liquidator argued that the primary judge erred by:

The judgment of the Court was delivered by Chief Justice with whom the President and other the judges of appeal agreed.

The Chief Justice noted that whilst much of the debate during the course of the hearing centred on the respective merits of what were described as time based remuneration and ad valorem remuneration, the critical question was whether the judge erred in his determination of reasonable remuneration.

Further, as was pointed out by Black J in Idylic Solutions Pty Ltd[7] evidence as to the percentage that remuneration constitutes of realisation, will at least provide a measure of objective testing of the reasonableness of the remuneration claimed and will identify those cases in which there ought to be a real concern in that respect.

The Court also provided the following by way of useful guidance:

The Court found that the primary judge erred because:

Barrett AJA made the point that it is “impossible to say, as a general proposition, that any given basis – whether according to time, value, extent of recoveries, size of company, nature of company or any other factor – merits any claim to precedence over any other in the matter of determination of liquidators’ remuneration.”[10]

In the result, the appeal was allowed and the proceedings remitted to a judge of the Equity Division of the Court for rehearing

Anthony Lo Surdo SC has, for the sixth consecutive year, been recognised by Doyles Guide…