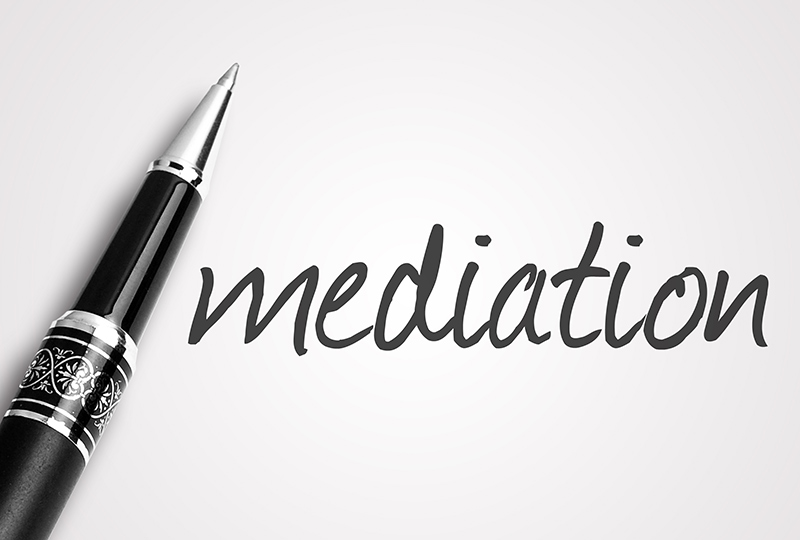 It is not uncommon for proceedings to be ordered to mediation with the consent of the parties.

There are many benefits of a court-ordered mediation including the parties being able to avail themselves of the privilege with respect to defamation that exists with proceedings in court.

What is often overlooked, however, is that the Civil Procedure Act, 2005 (Cth) (CPA), the Uniform Civil Procedure Rules (UCPR) and Practice Note SC Gen 6 impose obligations on the parties and on the mediator.

The decision In the Matter of Staway Pty Limited (In Liquidation) (Receivers Appointed) delivered by McDougall J on 7 April 2017 is a salient reminder that a failure to comply with any court order relating to mediation (and the various obligations imposed on the parties by legislation and the rules and practice of the Court) may expose a party to costs and other consequences.

Part 4 of the CPA is concerned with the mediation of proceedings. Section 25 contains a definition of mediation, mediation session and mediator.

Section 26 provides that the court may, by order, refer any proceedings before it, or part of any such proceedings, for mediation by a mediator, and may do so either with or without the consent of the parties to the proceedings concerned.

Section 27 imposes upon each party to the proceedings a duty to participate in any mediation in good faith.

Section 28 is concerned with the costs of the mediator and provides that they are to be borne in such manner as the Court may specify or, in any other case, by the parties in such proportions as they may agree among themselves.

Section 30 makes plain the various privileges which apply to court ordered mediations. It includes the same privilege with respect to defamation as exists in judicial proceedings and a document produced in judicial proceedings (s 30(2)) and that, subject to section 29(2), evidence of anything said or any admission made in a mediation session is not admissible in any proceedings before any Court or other body and a document prepared for the purposes of, or in the course of, or as a result of, a mediation session, or any copy of such a document, is not admissible in evidence in any proceedings before any Court or other body (s 30(5)).

Section 32 provides that, subject to the uniform rules and any relevant practice notes, a mediator may, by order, give directions as to the preparation for, and conduct of, the mediation. This is an important provision because any breach of an order made by mediator could also have potential costs or other consequences.

Part 20 of the UCPR applies to matters referred to mediation under Part 4 of the CPA.

UCPR 20.3 provides that, on any occasion that proceedings are before the court for directions, the Court may require each active party to state whether the party consents to referral of any matter arising in the proceedings for mediation, whether the parties agree as to who is to be the mediator and whether the parties agree as to the proportions in which the costs of mediation are to be borne, and the terms of any such agreement. UCPR 20.6 is an important provision. It is headed “Mediation session procedure” and provides that unless the mediator, or the court, otherwise directs:

(b)       a party may be accompanied by that party’s barrister or solicitor at the session.

A person who is required to attend the mediation under this rule may do so by telephone, video link or other form of communication but only with the leave of the court or the mediator.

It is not uncommon in cases where the conduct of proceedings is controlled by an insurer, especially one based off-shore, for a mediation session to be attended only by the insurer’s legal representatives or, if attended by an officer of the insurer, for that person to have limited authority levels. In such cases, a party could be considered to arguably be in breach of UCPR 20.6.

It should be considered carefully as it explains the Court’s mediation procedures and its expectation of parties in proceedings that have been referred to mediation.

Paragraph 18 makes provision for the form of order for referral to mediation and the matters that such an order should address.

In Staway, the Court was concerned with an application by a party for its costs of a mediation.

The court ordered the parties to mediate. The time for completion of the mediation was initially fixed at 9 December 2016 and then extended to 17 February 2017.

The proceedings concerned a claim by Liberty Financial and Secure Funding (Lender) for debts allegedly owed by Staway which carried on a motor vehicle dealership under a floor plan finance facility agreement.

The mediator, the Lender and its legal advisers (who travelled from interstate) attended the mediation. The plaintiffs did not. They were represented by some of their lawyers. According to his Honour, “not surprisingly, the mediation got nowhere.”[1]

No order from the court was sought varying that order, save in respect of the date by which the mediation was to be completed.

No notice was given by the plaintiffs to the Lender that they did not intend to attend the mediation.

The plaintiffs say that they were justified in not attending the mediation because the position paper for the Lender indicated that it was only prepared to negotiate on the extent to which the debts they claimed could be repaid, “including by the realisation of [mortgaged] properties“. In those circumstances, counsel for the plaintiffs submitted that the Lender did not intend to participate in the mediation in good faith and that the Court could accordingly infer a breach of section 27 of the CPA.

The position paper, which was admitted into evidence by agreement of the parties, made it plain that in the view of the party for whom it was prepared, the real issue (indeed, the “only real issue”) to be resolved was: “How are you going to pay us?”

According to his Honour

“The starting point is that this is not a matter where the parties were free to make their own decision. They were compelled by an order of the court to attend and complete the mediation…to proceed with a mediation on the basis that the parties who would make the decision would not be present, and could not therefore be subjected to the usual range of tactics employed by mediators, means that what might have proceeded would have been a very empty shell of a mediation, almost self-evidently doomed to failure.

The plaintiffs did not seek to be dispensed from their obligation to attend the mediation. Nor did they trouble to inform the lenders that they would not be attending. Accordingly, the lenders incurred significant expense in flying up from Melbourne. That expense, together with their share of the mediator’s fees, has been entirely wasted.”[2]

His Honour considered that the Court had power under section 98(1) of the CPA which provides, among other things, that costs are in the discretion of the court and that the court has full power to determine by whom, to whom and to what extent costs are to be paid.  His Honour also found further authority to award costs in such circumstances in the decision of Hoeben J in Al Mousawy v JA Byatt Pty Limited [2008] NSWSC 264, a judgment on similar facts to those under consideration.

His Honour concluded that it was appropriate to make a costs order against the plaintiffs because they “simply disregarded their obligations under the court’s orders, produced a situation where the mediation would necessarily fail, and caused the lenders to waste substantial sums of money in coming to Sydney for the mediation, in legal costs preparing for it and (to the extent they did) attending it. Those considerations further suggest to me that the costs should be assessed on the indemnity basis.”[3]

The Court did not, in its judgment, specifically refer to the attendance obligations imposed on the parties under UCPR 20.6. Those provisions would, in any event, have provided further support for the orders that were ultimately made.

Parties to proceedings in New South Wales State Courts which are ordered to mediation should be aware of the obligations imposed on them by both the CPA and the UCPR and that a failure to observe them could expose their clients and, in exceptional circumstances, the lawyers themselves to costs and other consequences.

In 2017 and as part of his on-going commitment to excellence in mediation, Anthony Lo…

A recent blog on the Harvard Law School, Program on Negotiation website (www.ponharvard.edu) refers to a…