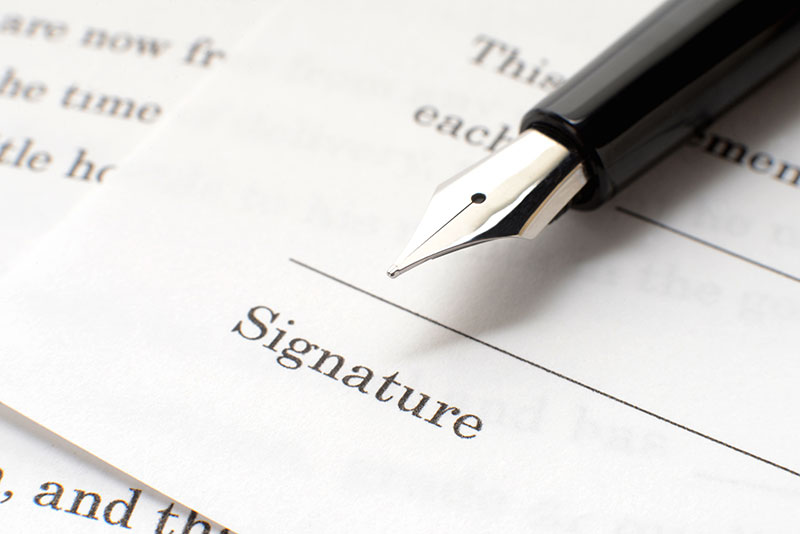 In PAVLOVIC V UNIVERSAL MUSIC AUSTRALIA PTY LIMITED [2015] NSWCA 313, a judgment delivered by the Court of Appeal of the Supreme Court of NSW on 6 October 2015 (Bathurst CJ, Beazley P and Meagher JA), the Court had consider whether and in what circumstances a solicitor can be said to have either actual or ostensible authority to bind a client to a contract.

In 2005, the (first) appellant, Mr Stephen Pavlovic, and the (first) respondent, Universal Music Australia Pty Limited (UMA) entered into a joint venture arrangement regarding the business of a music recording label founded by Mr Pavlovic (including its operation, the composition of its board, calculation of its profits and funding), Modular Recordings Pty Ltd (Modular). This arrangement was governed by a Shareholder’s Agreement and an Executive Services Agreement under which each of Mr Pavlovic and UMA held 50% of the shares in Modular.

Disputes between Mr Pavlovic and UMA arose in late 2013 in relation to the joint venture. The parties indicated their mutual wish to terminate the joint venture in late September 2014, and a deed of release and settlement was drafted by the parties’ lawyers. After numerous amendments during November and December 2014, the final draft deed of release (Proposed Deed) was sent by UMA’s lawyers to Mr Pavlovic’s lawyer on 23 December 2014. Mr Pavlovic’s lawyer responded by email at 2:36 pm the next day, stating that Mr Pavlovic “will sign” the Proposed Deed. The final correspondence between the parties that day was from UMA’s lawyer allowing Mr Pavlovic “a further 48 hours to sign the documents and forward copies to us”.

Neither party sent an executed copy of the Proposed Deed to the other at that time, nor did UMA send a cheque for $100 for the transfer of the shares in Modular to Mr Pavlovic as required under the terms of the Proposed Deed. The appellants terminated the ‘agreement’ on 23 February 2015.

(1)   Whether his Honour erred in his finding that on 24 December 2014 the parties acting through their solicitors, entered into a binding agreement on the terms of the Proposed Deed

The Court of Appeal found that the primary judge had erred in finding that the parties intended to be, and ultimately were, bound by the email exchange that occurred on 23 and 24 December 2014.

Beazley P (who delivered the principal judgment) found that in the context of complex and formal negotiations in which the parties had always dealt with one another, the termination of the relationship was to be concluded in the same formal manner, that is, by execution of the Proposed Deed. UMA’s contention (and the primary judge’s finding) that there was a binding agreement arising from the aforementioned email correspondence was contrary to the terms of the Proposed Deed, which provided that the agreement was to take effect upon execution.

Her Honour also found that there was no intimation in the email correspondence that the agreement between the parties would become binding prior to the execution of the deed and thus did not constitute an immediately binding contract. If it were to be the contrary, her Honour said that “there would have been an express statement that that was to be the position” (at [83]).

The Court of Appeal found that the primary judge also erred in concluding that Mr Pavlovic’s solicitor had actual, as well as ostensible authority to enter into a binding agreement on behalf of Mr Pavlovic.

Beazley P (at [137]-[141]) said that the “well settled” legal principles demonstrating that solicitors have the authority to conduct negotiations on behalf of their clients as to the terms of a contract, “does not confer on the solicitor authority to contract on behalf of the clients…” (citing Barwick CJ in Pianta v National Finance & Trustees (1964) 180 CLR 146  at 152). Her Honour noted that in Pianta, Menzies J pointed out (at 154) that without “clear and cogent evidence”, a solicitor’s authority does not extend to bind his/her client to contractual obligations.

The Court found that the fact that the solicitor had authority to communicate his instructions that Mr Pavlovic would sign the Proposed Deed did not carry with it an implication that Mr Pavlovic thereby authorised him to immediately bind him to the agreement on the terms of that deed (at [148]). A statement by a solicitor that a client “will sign” did not amount to the “clear and cogent” evidence required.

Whilst a solicitor does not generally have authority to contract on a client’s behalf, her Honour noted that in the context of litigation a person’s legal representative does have ostensible authority to bind a client to a contract which relates to and which compromises that litigation (at [149] & [150]; see CIC Insurance Ltd v Bankstown Football Club Ltd [1994] NSWCA 359 and Lucke v Cleary (2011) 111 SASR 134).

The appeal was allowed, and the declarations and orders of the primary judge set aside.

The decision serves as a timely reminder of the limits placed on lawyers to bind their clients to contractual relations.

In 2016, the Court handed down its decision in Attwells v Jackson Lalic Lawyers Pty…

The importance of an independent Bar